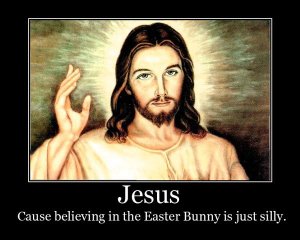 Easter is a tradition celebrated across the world, which Christians believe to be in honour of the resurrection of Jesus Christ, on the third day after his crucifixion at Calvary.

Secularists and atheists, will instead celebrate the spring equinox, taking advantage of the fantastic range of delicious chocolate eggs and cakes, that modern day Easter commercialism presents so wonderfully to us.

“Hypocrisy”, some may cry. However, the Christians amongst you may be surprised to learn that Easter, is in fact, a Pagan festival, and is not really about Jesus at all. Has it never struck Christians as being somewhat odd, that rabbits and chocolate eggs are associated with Christ’s Resurrection?

It would appear that the bible has caused Christians some confusion with the following passage from Act 12:3: ‘This was during the days of Unleavened Bread’, which is where The New Testament Church observes the feast days described in Leviticus 23. Acts 12:4 states: “And when he [Herrod] had seized him [Peter], he put him in prison, delivering him over to four squads of soldiers to guard him, intending after the Passover to bring him out to the people.” Some translations of the bible, such as this 21st Century King James edition, have translated the word ‘Passover’ to ‘Easter’.

However, the mistranslation of the word Easter has come from the Greek word ‘pascha’ – derived from the Hebrew word pesach. As there is no original Greek word for Passover, for this reason, a Hebrew word is used in the Greek New Testament. The word has only one meaning: Passover (Account found at Exodus 12). It does not mean Easter.  Thus, the verse does not endorse Easter, and is instead an indication that the Christian Church observed the Jewish Passover ten years after the supposed death of Christ. More importantly, there is no other mention of the word Easter anywhere else in the bible. There are no verses anywhere in the Bible, that authorize or endorse the keeping of Easter celebration. The Bible also makes no mention of Lent, eggs, egg hunts, Easter bunnies, etc. It does, however, mention hot cross buns and sunrise services as abominations, which God condemns.

It would appear that the mistranslation of Acts 12:4 may have been an attempt to insert a Pagan festival into biblical scripture for the purpose of authorising it as a Christian tradition. Verse 14 goes on to state that the Passover ceremony was commanded by God to be an annual memorial feast to be kept by Israel “forever”. This command is repeated in Leviticus 23:5. Exodus 12:15 introduces the seven-day festival called the Days of Unleavened Bread (also repeated in Leviticus 23:6-8), which was to immediately follow the Passover feast each year. This is why Acts 12:3 states, “This was during the days of unleavened bread”, before mentioning the Passover in the next verse.

Thus, as there is no specific instruction to observe Easter in the Bible (although the permanent command to observe Passover, is), from where did Easter originate?

Easter has most likely originated from before the Hebrew feast of Passover. The earliest reference to a similar holiday comes from Babylon, 2400 BCE. Ancient Babylonians would mark the beginning of Spring with a gala celebration honoring the resurrection of the god, Tammuz, who was killed by a wild boar. Tammuz was returned to life by his mother/wife, Ishtar with her tears. Ishtar was actually pronounced “Easter”.

Celebrating the beginning of spring may be among the oldest holidays in human culture; a tradition that would occur every year during the spring equinox. Biologically and culturally, it represents for northern climates the end of a “dead” (winter) season and the rebirth of life (spring), as well as the importance of fertility and reproduction.

Exchange of eggs is an ancient custom, celebrated by many cultures. Hot cross buns are also very ancient, and the Old Testament mentions Israelites baking sweet buns for an idol, and religious leaders trying to put a stop to it. The early church clergy also tried to put a stop to sacred cakes being baked at Easter. In the end, in the face of defiant cake-baking Pagan women, they gave up and blessed the cake instead. Jeremiah 7:18: ‘The children gather wood, the fathers light the fire, and the women knead dough to make sacrificial cakes for the queen of heaven. And to offend me all the more, they pour out drink offerings to foreign gods’.

It is interesting that Christians seem to have adopted all the fun things about Easter from Paganism, including the tradition of Easter Bunnies, which are a leftover from the pagan festival of Eostre, a great northern goddess whose symbol was a rabbit or hare. 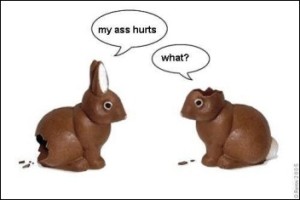 Spring festivals honouring Eostre, the great mother goddess of the Saxons, were also held hundreds of years before the documented birth of Christ. The name Eostre was fashioned after the ancient word for spring, Eastre. The goddess Ostara was the Norse equivalent whose symbols were the hare and the egg, which began the modern tradition of celebrating Easter with eggs and bunnies. Several goddesses were associated with the practice:

In the Mediterranean region, there was a pre-Christian spring celebration centered around the vernal equinox that honoured Cybele, the Phrygian goddess of fertility. Cybele’s consort, Attis, was considered born of a virgin and was believed to have died and been resurrected three days later. Attis derived his mythology from even earlier gods, Osiris, Dionysus, and Orpheus, who also were supposed to have been born of a virgin and suffered death and resurrection as long as 500 years before Christ was born. The death of Attis was commemorated on a Friday and the resurrection was celebrated three days later on Sunday. (Does this story not sound familiar…?)

It would thus appear that the name of Easter and the traditions surrounding it are deeply rooted in Pagan religion. 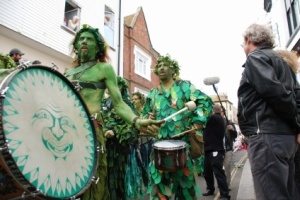 A Pagan march through the streets…

Other “borrowed” Easter traditions, that are Pagan in origin, include Easter lilies being revered by the ancients as symbols of fertility and representative of the male genitalia, whilst the ancient Babylonian religions had rituals involving dyed eggs, as did the ancient Egyptians. Note that the origin of the Easter egg is based on the fertility lore of the Indo-European races, with the egg being a symbol of spring. Conversely, in Christian times, the egg became a symbol of religious interpretation, which symbolised the rock tomb out of which Christ emerged to the new life of his resurrection. Thus, another example of a pagan custom being “Christianised”, to deceive—as well as making Christians feel better about why they are following a custom that is not in the Bible.

Ironically, Christians seem to believe the sunrise services (yet another ancient pagan practice, which welcomes the sun on the morning of the spring equinox) is a “beautiful”, “moving”, and “religious” tradition. Yet, the Bible at Ezek. 8:13-18 states something very different:

‘There, at the entrance to the Lord’s temple, between the porch and the altar, were twenty-five men facing toward the east with their backs to the Lord’s temple. They were bowing to the sun in the east… Isn’t it enough that the house of Judah has observed here all these detestable things? They have filled the land with violence, and they continue to provoke my fury. Look at them! They even put the branch to their noses!  I will certainly respond with wrath. I won’t spare or pity anyone. Even though they call out loudly to me in my hearing, I won’t listen to them.’

Thus, observing sunrise services is so serious, Ezek. 9 documents that God would ultimately destroy all who persisted in it.

Deuteronomy 12:28-32 also confirms that Christians should never mix Pagan traditions with God’s commands. The Passover was commanded; not Easter.

Christians: Do bear in mind the following as quoted from Matt. 15:6-7: ‘So you do away with God’s Law for the sake of the rules that have been handed down to you. Hypocrites!…’

Therefore, if Christians continuously choose to disregard the wishes of their beloved God, year after year, then why should atheists, such as myself, feel “left out” of the loop? Atheists also enjoy celebrating what has now become a commercialised festival, and the opportunity to devour a substantial amount of chocolate. Surely, that can only be good for the economy…? Mass public spending within the food industry, subsequently followed by mass public spending in the diet and pharmaceutical industries… 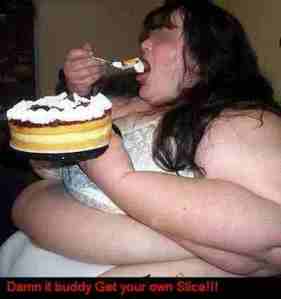 5 thoughts on “A Happy Hypocritical Easter!”